Whats The Pro Ipo And Spo 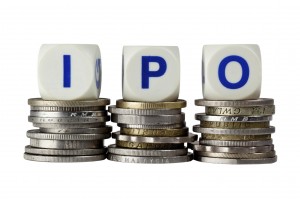 An IPO (Initial Public Offering) is the first sale of a companys shares to the public, which leads to a market listing.

Its also known as a stock market launch or a flotation in the United Kingdom.

Through this process of selling shares to the general public, a private company transforms into a public company.

There are several reasons for a private company to go through this transformation and open up its ownership:
– increase its owner base
– gain access to cheaper capital
– raise money to finance growth opportunities or rebalance the balance sheet
– generate publicity and reputation for the company
– attracting and attaining better management and employment
– to monetize the investments of early private investors.

A publicly listed company is never required to pay back the accumulated capital to its investors. After shares have begun to trade freely in the open market, following the IPO, money passes only between the shareholders as they buy and sell the stocks they own.

Apart from all the advantages, IPOs also bear negatives. First and foremost, when becoming publicly traded, a company is obliged to disclose certain information and submit annual financial statements, which could give competitors an advantage. There is also always the possibility that interest in the company is not high enough or confidence is weak and the required capital might not be raised.

In order to function properly and become a healthy corporation, a company must also adopt certain corporate governance codes and policies and must pay dividends, when required.

There is also always a possibility of a change of control, when it comes to mergers and acquisitions.

IPOs have relatively high costs associated with the process, which could get to 10% of the proceeds. Details about the proposed offering can be found in the so called “prospectus”.

It includes information about the company, its activity, its management, financial statements, details about the IPO and forecasts. Most of the times the company that is about to be listed refers to an investment bank, which acts as an underwriter.

The underwriters role is to help correctly price the shares and establish a public market where they will be traded.

Secondary public offering (SPO) is an excellent way to generate rapid capital for a business.

This refers to the sale of all or most of the securities by one major stock holder or a group of top stock holders of a particular company. The proceeds from the sales benefit the company itself.

Key Differences Between IPO and FPO

Usually the company is in possession of most of its own stocks.

A secondary public offering falls under the SEC guidelines, so it is recommended that they should be conducted through a registered broker-dealer or an investment bank.

This usually helps business to avoid any liability.

There are two main types of secondary public offerings. Firstly, an issuer offering (a company, which sells its additional shares) and secondly, a selling offer by another investor (private shareholder).

The first option is considered the best method to raise capital.
Acquiring public status, however, does not always aim to just raise capital. Public status is related also to company’s prestige, transparency, good practices of its Corporate Governance and renown amongst business circles and society, inculcating company’s trademark. A company with a secondary public offering has certain advantages in comparison with its competitors – increased notoriety and also a history of public presence, which could lead to decreasing the required market premium during an IPO.

Additional advantage of already publically listed companies is the opportunity to choose the most proper moment to raise capital, as the time, which a public entity requires to raise capital is considerably less.

The amount of Secondary public offerings reflects the tendency in securities issuing, which are to be traded at the market.