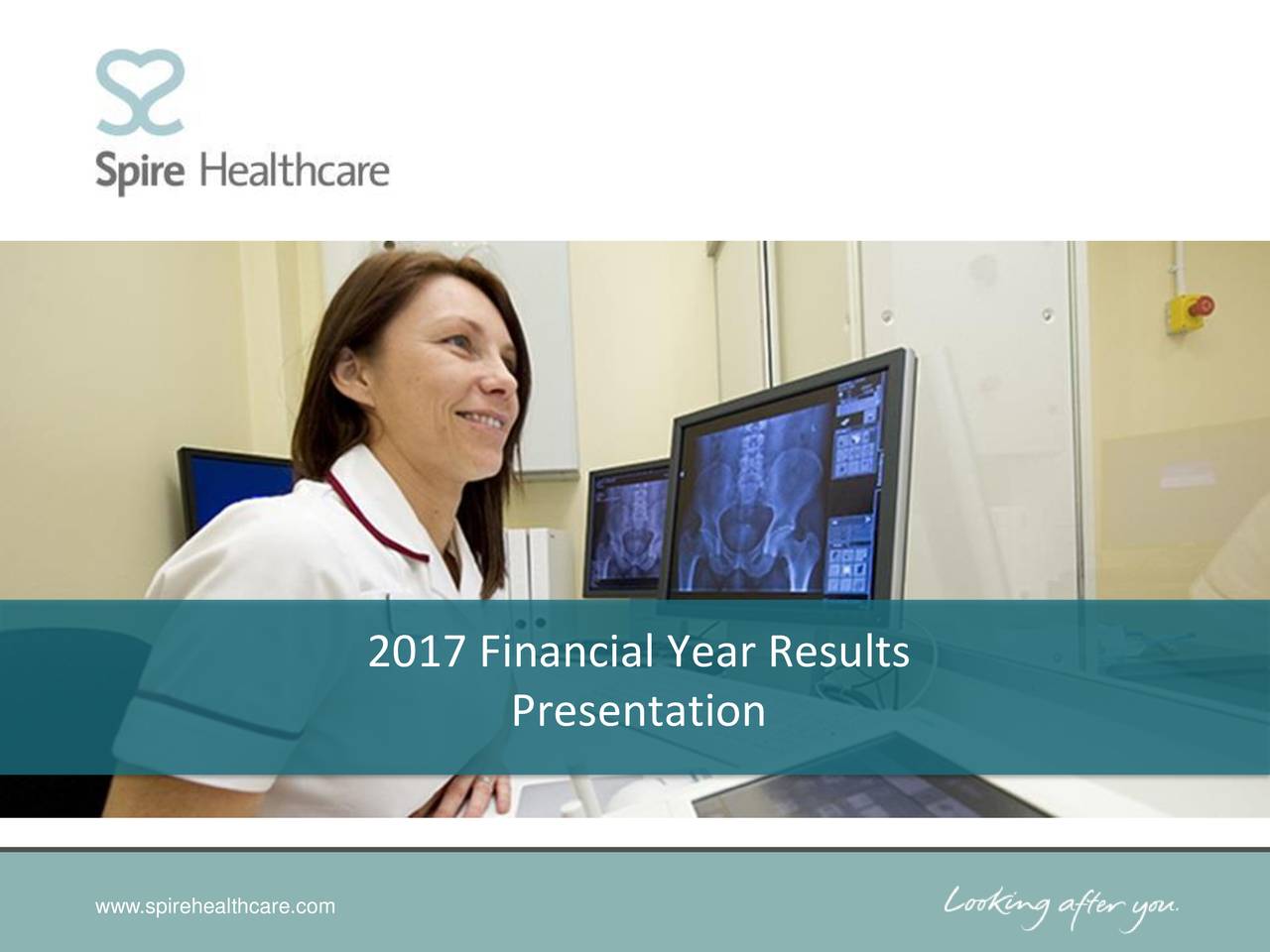 Spire Healthcare plc is the second largest provider of private healthcare in the United Kingdom. It is listed on the London Stock Exchange.

Spire Healthcare was formed from the sale of Bupa Hospitals to Cinven in 2007,[2] followed by the purchase of Classic Hospitals and Thames Valley Hospital in 2008.[3] It was the subject of an initial public offering in July 2014.[4]

Spire Healthcare operates a network of 38 private hospitals and ten clinics across the UK,[3] as well as the London Fertility Centre.[5]

Ian Paterson, a breast surgeon who worked at Bupa hospitals in Solihull and Sutton Coldfield, latterly run by Spire Healthcare,[6] was convicted of 17 counts of wounding with intent to cause grievous bodily harm and three counts of unlawful wounding in respect of 10 patients.[7] 350 patients who had been treated privately at Spire clinics are pursuing civil action against him and against the firm.

According to Thompsons Solicitors, Spire had allowed him to operate well after 2012, when he had been suspended by the General Medical Council.[8] Spire's statement was "What Mr Paterson did in our hospitals, in other private hospitals, and in the NHS absolutely should not have happened, and today justice has been done."[9] He has been jailed for 20 years and £37 million allocated for compensation.[10]

Spire initiated litigation in August 2017 against Heart of England NHS Foundation Trust claiming the trust’s failure to warn it of concerns about Mr Paterson’s conduct was negligent and that the company relied on the NHS, as the primary employer, to tell it whether doctors were competent or whether there were patient safety concerns.[11]

The company alleged in 2013 that a block contract agreed between Blackpool Teaching Hospitals NHS Foundation Trust and the Clinical Commissioning Groups in Blackpool, and Fylde and Wyre – offered a “clear incentive” for GPs to refer patients to the foundation trust and that this was anti-competitive behaviour.

The contract provided the trust with a guaranteed income regardless of the number of patients that chose to use its services. Monitor conducted an investigation and decided that there was no evidence to support the claim though they did conclude that Blackpool CCG’s plans did not “go far enough” to ensure patients would be offered choice, or that the right to choice would be “publicised and promoted”.[12]

20% is directly commissioned by NHS trusts and 80% comes from patients using the NHS e-Referral Service. Income from medical insurers reduced 1.3% to £429 million.

In 2008 Spire Healthcare won the Independent Healthcare Award for Best Healthcare Outcomes and followed this in 2009 with the Nursing Practice award for their approach to infection prevention and control. 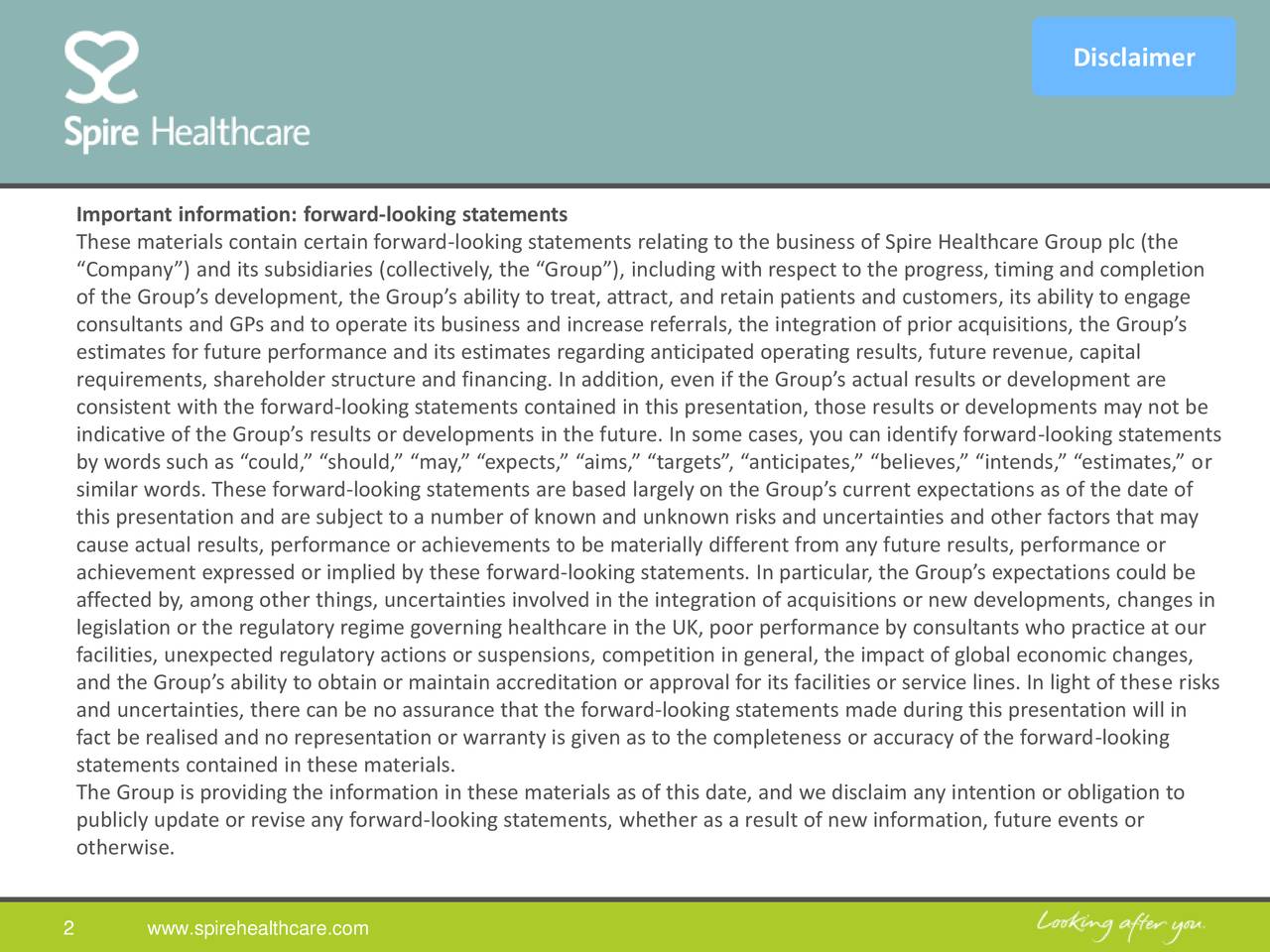 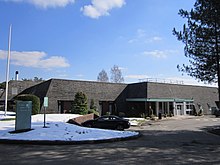