It is all system go for a very busy week in the Initial Public Offering (IPO) market. Eight companies have confirmed plans to go public, ahead of the Easter holiday.

However, much of the focus will be on the much-awaited Pinterest IPO, as the technology company seeks to raise as much as $1.2 billion.

This is what you need to know before the Pinterest has its IPO on Thursday, April 18th, 2019…

Dubbed as a productivity tool that lets people save images to virtual boards, Pinterest is set to make it much awaited debut on the New York Stock Exchange.

Under the ticker, name ‘PINS’ the stock is set to start selling at between $15 and $17 a share.

The company is to issue as much as 86.3 million shares as part of the IPO. It has also allotted additional shares to underwriters.

At between $15 and $17 a share, the tech company would be valued at about $11.3 billion, an impressive valuation compared to other tech companies going public.

Investors who bought into the company in 2017 at a valuation of $12.3 billion stands to lose a significant amount of money at the Pinterest IPO. Some of those potential losers include Goldman Sachs, Vanguard Group and Kleiner Perkins. 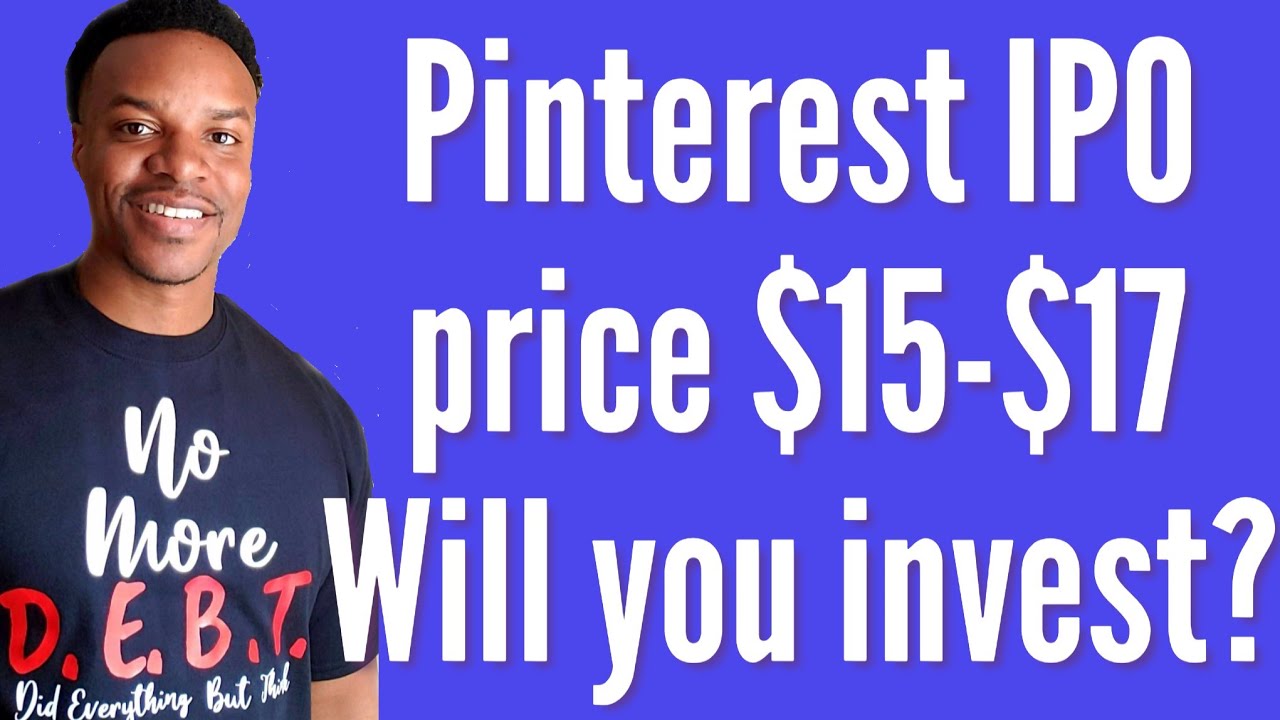 The trio bought the company’s shares through Series G and Series H funding rounds at $21.54 a share.

However, it does not mean that all is lost in the Pinterest IPO for the initial investors. IPO prices often fluctuate quite a bit after the company goes public.

In addition, the likes of Goldman Sachs and Vanguard are entitled to strong voting rights in the company. Pre-IPO shares are to be converted into Class B Shares, which will entitle the holders to a 20-1 voting ratio, compared to shares for sale at the IPO.

Pinterest continues to be a haven for advertisers looking to reach out to its massive user base and the company is increasingly ramping up monetization efforts, as it looks to accelerate sales growth.

The technology company is also eyeing partnerships with other brands as part of its growth strategy.

As a result, the company is going public at a time when it is inching closer to profitability. In 2018, the company lost $63 million an improvement from a loss of $130 million generated in 2017.

Even though the company is unprofitable, its losses are slightly lower, compared to that of other tech companies going public.

Pinterest generates most of its revenues from advertising. In 2018 revenue totaled $756 million. a 60% increase from 2017 levels.

Ahead of the IPO listing, Pinterest says it had 265 million active users as of the end of 2018, up from the 250 million that the company reported back in September. Pinterest IPO filings indicate the balance sheet has cash stockpile of $628 million.