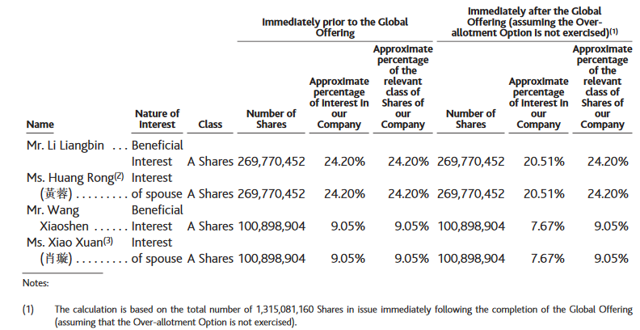 Prada SpA cut the maximum amount it may raise in an initial public offering as Samsonite International SA slumped in its trading debut and Hong Kong stocks slid amid concern China’s economy may cool.

The Milan-based luxury goods retailer narrowed its IPO price guidance, bringing the maximum it would raise to $2.3 billion, down from $2.6 billion, according to two people familiar with the matter.

It also raised the low end, said the people, who declined to be identified.

Prada’s scale-back came as individual investors in Hong Kong failed to take up the full amount of the IPO that is set aside for them, and followed a drop of as much as 11 percent in shares of Samsonite, the world’s largest branded-luggage maker, from its initial public offering price of HK$14.50.

The Mansfield, Massachusetts based company raised $1.25 billion in the sale last week, less than initially planned.

“The global economy might be weaker than expected, so people are just very cautious about buying into equities.

Since Samsonite priced its offering last week, the benchmark Hang Seng Index has added to a decline that has brought it down 10 percent from its April 8 close.

Samsonite is the fourth Hong Kong IPO exceeding $1 billion this year to begin trading. All four have dropped from their initial sale price, by an average of 8 percent, according to Bloomberg data.

close in Hong Kong, compared with a 1.8 percent drop on the Hang Seng.

The declines by new listings will weigh on Prada as its tries to price its offering, said Philippe Espinasse, former co-head of Asian equity capital markets at Nomura International Hong Kong Ltd. until 2008.

Prada’s final offering price is expected to be determined by tomorrow, according to the prospectus.

Individual investors in Hong Kong have placed orders for only about half of the 42.3 million Prada shares offered to them, two people with knowledge of the matter said.

The stock offered to retail investors accounts for 10 percent of Prada’s total offering, according to the IPO prospectus.

Had demand been high enough, Prada would’ve allocated as much as 25 percent of the offering to retail investors. The banks managing Prada’s IPO have the authority to reallocate any shares left unsubscribed to by individual investors, to institutions, the offering prospectus says.

“There’s going to be quite a lot of pressure on Prada,” said Espinasse, the author of IPO: A Global Guide.

“The fact that retail investors haven’t gone for it is going to be an issue.”

Individual investor demand for Prada shares suffered because Hong Kong and Italy have not signed a double taxation agreement.

Hong Kong investors will be subject to a capital gains tax of 12.5 percent, and a 27 percent tax on dividends, according to its IPO prospectus. The dividend tax will be withheld by Prada, the company said in the prospectus.

“It has not been easy for the investing community to get enough clarity around that situation,” said Mark Konyn, chief executive officer of RCM Asia Pacific Ltd., which helps oversee about $150 billion globally.

Diana Footitt, an outside spokeswoman for Prada in Hong Kong, declined to comment. 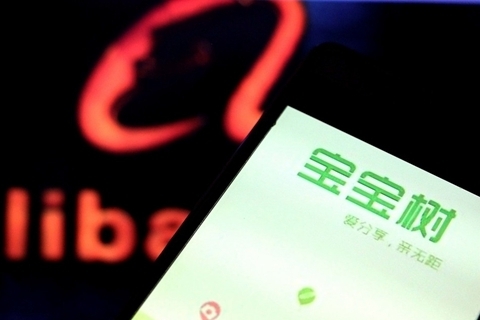 That compares with a range of $HK36.50 to HK$48 earlier, according to the IPO prospectus. At HK$42.25 the stock would be priced at about 24 times 2011 profit as estimated by banks arranging the sale.

Both companies are based and listed in Paris.

“Prada is priced a little bit richly, it doesn’t have much of a track record, and I think that’s going to weigh on investor sentiment,” said RCM’s Konyn.

Among 30 companies that have gone public in the Chinese city this year, 22, or 73 percent, have fallen from their offer price, data compiled by Bloomberg show.

Prada is scheduled to debut on June 24. The IPO, announced in February, raised $250 million less than the maximum originally planned.

China Growth Prada and Samsonite both have highlighted expansion plans in China to investors in Hong Kong.

Samsonite said on May 24 its sales in China rose 50 percent last year.

The company aims to expand its Chinese market share to 35 percent in five years from 12.5 percent now.

Prada on June 12 said it will open as many as 12 stores in China and another 25 across Asia in the next three years out of 80 globally.

“Where markets are at the moment, it’s a pretty tough place,” Tim Parker, chief executive officer, said today after a listing ceremony at the Hong Kong Stock Exchange.

“I feel this is a pretty good way to open, actually.

I’m not at all displeased.”

Mainland China, which doesn’t include Hong Kong, Macau or Taiwan, will remain the fastest-growing market for high-end goods in 2011 as sales rise 25 percent to 11.5 billion euros ($16.2 billion), Bain & Co. said May 3.

Prada Said to Turn to H.K. in Fifth IPO Bid in a Decade

The country may become the world’s third-largest luxury market in five years, the consulting company predicted.

How do individual investors get into ipo investing

“If we were at a point where the China stock market was doing better inflation had peaked, we had seen the last round of interest rate hikes in China, and we saw the robustness in US and global sentiment, I think pricing toward the top end wouldn’t be such an issue,” Konyn said.

“As ever with IPOs its all about timing.”