The initial public offering (IPO) market for the economy has shown signs of revival since 2015-16. The year 2016-17 recorded the highest issuances ever witnessed since 2010-11. However, a similar trend was not mirrored in the infrastructure space, which was marked by muted activity in 2016-17.

The trend continued in the first quarter of 2017-18, when only two infrastructure players opted for the IPO route in an otherwise vibrant primary market. Amidst waning investor confidence in infrastructure companies, the only silver lining was the public offering and listing of infrastructure investment trusts (InvITs).

Sensex, Nifty back at August 2014 levels

Though the instrument is safer than equity, by virtue of being a yield product it is yet to see the light of day owing to a lukewarm response to InvIT IPOs.

These offers raised funds to the tune of Rs 146.28 billion. Considering the annual trends, the IPO market for infrastructure lost steam in 2016-17, followed by subdued activity in 2017-18 (till June). Together, a total of six offers raising Rs 37.25 billion were reported. This is in sharp contrast to 2015-16 when IPO issuances peaked in terms of value and the number of deals. 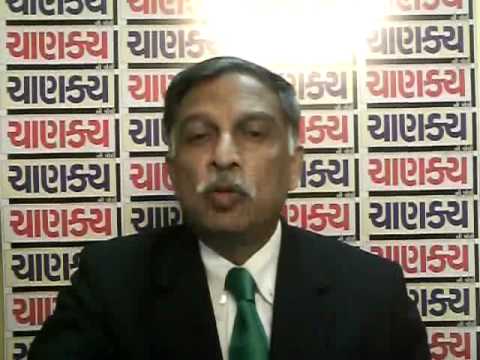 A total of nine infrastructure companies took to the primary market to raise Rs 56.58 billion, a dramatic increase of over 420 per cent in terms of funds raised in comparison to just three issuances in 2014-15.

A notable trend witnessed in the current fiscal year was the listing of two InvITs on the bourses– the IRB InvIT Fund and the India Grid Trust. The two funds together raised over Rs 72 billion. However, the trusts rendered a tepid performance on the day of listing on account of aggressive pricing of the IPOs and high growth assumptions. 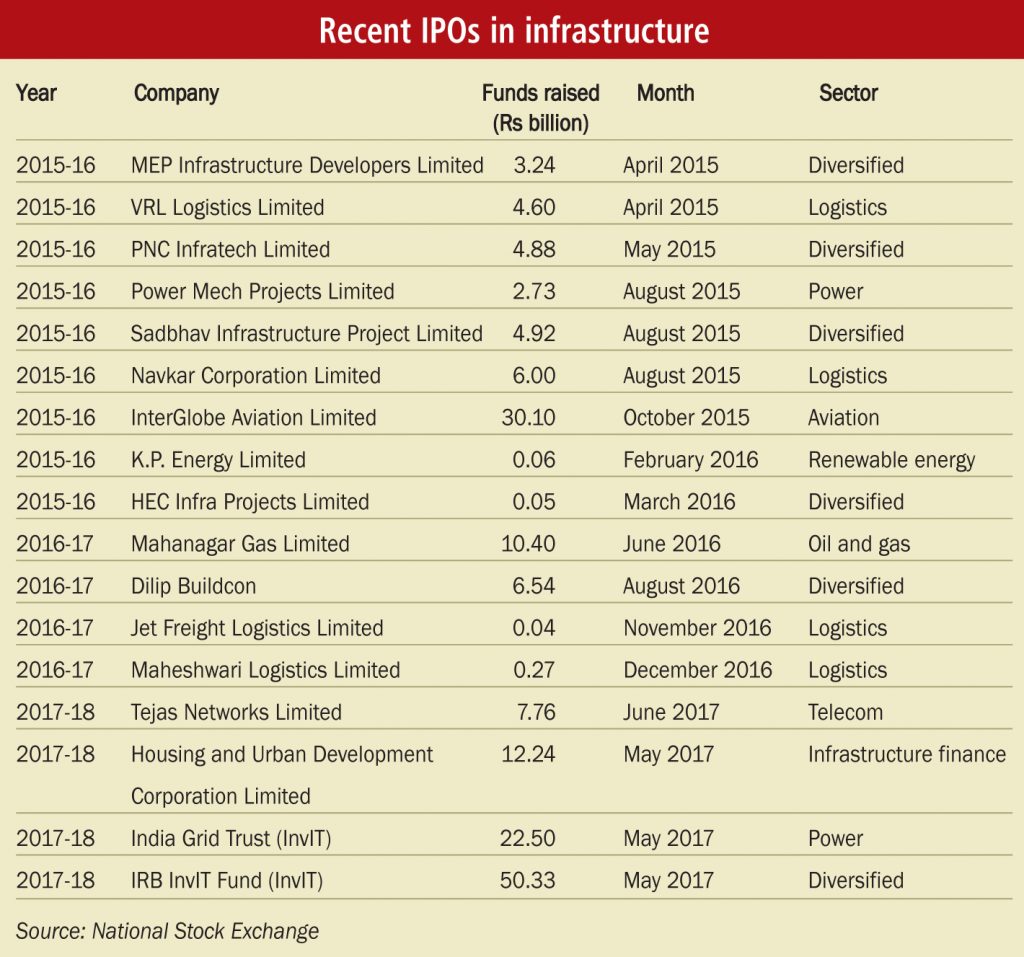 This is further affirmed by the lukewarm response of investors to the recent public issues in the sector, reflecting the lacklustre uptake of infrastructure companies. The companies whose IPOs were not well received include PNC Infratech, Sadbhav Infrastructure Project, Navkar Corporation, and MEP Infrastructure Developers.

Higher offer for sale (OFS): A large proportion of the public issues in the recent past have been in the form of OFSs, by which shares in firms changed hands but no fresh capital accrued to the companies concerned, and as a result little has gone towards business expansion.

The IPO of Mahanagar Gas Limited is an example of such an issue. The company came out with an OFS to pare stakes of the existing promoters. Further, many OFS issuances were aimed at providing an exit to PE investors upon completion of their investment horizon. 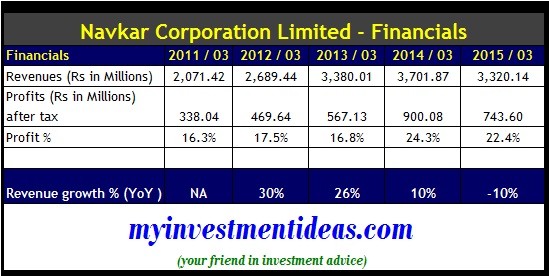 For investors, the size of the company or its asset is not a constraint; they are looking at quality issuances and good financial health of companies. Different sectors such as health care, stock exchanges, depositories and small finance banks have seen strong investor interest.

This constitutes one of the reasons for investors to stay away from the capex-heavy infrastructure sector and diversify their portfolio.

Bullish on the primary market, a number of infrastructure players are planning public issues in the next two to three years.

Some of the companies delayed their IPO plans on the back of a tepid response to recent public offerings made in the infrastructure space.

For instance, Vodafone India had been planning an IPO for several years but had held back its plan due to regulatory and taxation issues.

The company is now considering an open offer post its merger with Idea Cellular. However, the general uplift in investor sentiment and the healthy pipeline of public issuances in the infrastructure space is expected to add to momentum in the primary market.

This is expected to bring about uniformity, facilitate ease of doing business and expand the investor base available for capital-raising activity.

With a kick-start in activity in the InvIT space, many infrastructure players will use the route in the medium to long term as they can exit completed projects and churn their equity/deleverage their balance sheets.

However, in the short run, both investors and infrastructure firms have adopted a wait-and-watch stance towards the instrument, the success of which depends on yields established.

The issue witnessed lukewarm response from various investor classes, receiving an oversubscription of only 1.35 times. The InvIT has been established to own interstate power transmission assets in the country.

The most simple currency pairings to trade forex

So far, only RInfra is close to launching its Rs 25 billion InvIT IPO as the company has received SEBI approval for the same and is exploring various capital-raising options through the InvIT.