to advise on the oil giant’s second attempt at the world’s largest initial public offering, people with knowledge of the matter said.

The boutique investment banks have started preparatory work on the offering, according to the people, who asked not to be identified because the information is private.

They are expected to play a key role in the listing, including in the selection of underwriters and listing venues as well as working to ensure Aramco can secure its valuation expectations, the people said.

The selection is a boon particularly for Lazard, which wasn’t one of the advisers on Aramco’s first listing attempt.

The oil producer was originally working with Evercore Inc. and Moelis, as well as HSBC Holdings Plc, JPMorgan Chase & Co.

and Morgan Stanley. Lazard’s success working on the blockbuster Aramco bond sale this year put it in pole position to secure a role on the IPO.

Lazard was pushing hard in recent weeks to win a spot on the planned share sale, sending some of its top global dealmakers from London, Paris and Houston to woo Aramco officials at meetings in the Middle East, Bloomberg News reported earlier this week.

The firm, run by Ken Jacobs, is likely to replace one of the original advisers that previously worked on the listing plans, people with knowledge of the matter have said.

Aramco, which is planning a stock-market listing as early as in 2020, is still planning to add more banks to the deal, the people said.

No final decisions have been made, and the company, officially known as Saudi Arabian Oil Co., could still change or delay its plans, according to the people.

Representatives for Lazard and Moelis didn’t immediately respond to requests for comment.

“Saudi Aramco continues to look at multiple options in the IPO process,” the company said in an emailed statement. “Appropriate updates (if any) will be provided as and when available.”

The kingdom looks set to reward banks that have shown loyalty with positions on the listing, which could raise about $100 billion.

Lazard’s success on its debt issuance, which allowed Aramco to borrow $12 billion at a lower yield than its sovereign parent, came at a time when Saudi Arabia was still facing international criticism over the assassination of journalist Jamal Khashoggi.

Ken Moelis, who’s earned himself the moniker “Ken of Arabia,” was one of the few Western bank executives to show up to Saudi Arabia’s signature investment summit in October 2018 in the aftermath of the Khashoggi scandal.

The IPO project was first announced in 2016 as the cornerstone of the kingdom’s Vision 2030 plan to modernize the Saudi economy, with a target of listing in the second half of 2018.

Generated by readers, the comments included herein do not reflect the views and opinions of Rigzone.

All comments are subject to editorial review. Off-topic, inappropriate or insulting comments will be removed.

MORE FROM THIS AUTHOR 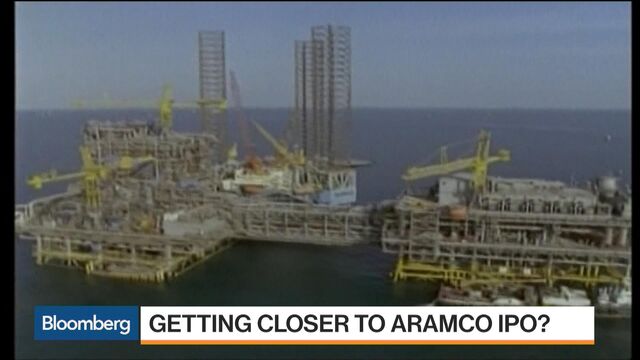