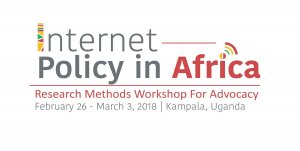 IPOs in the U.S. - Statistics & Facts

Tim Keating of Keating Capital, a publicly traded company which makes pre-IPO investments emerging growth companies, has published a thoughtful white paper on the impact on IPOs from changes in the equity research industry. As of the end of last year, almost a third of exchange listed companies had no meaningful analyst coverage (1,443 stocks out of 5,044 representing nearly 29% of all companies listed on major exchanges.)  The prospect of orphaned stocks has been a damper on IPO listings, but a bigger problem for IPOs was reduced tick sizes of trades, which killed Wall Street’s incentive to staff sales, trading and research for small cap stocks according to Keating.

The paper also advocates reform to the IPO quiet period to eliminate regulation that allows underwriters to share ‘whisper information’ with large investors but not publish research that could benefit small investors.

Keating’s white paper, Analyzing the Analysts:A Survey of the State of Wall Street Equity Research 10 Years after the Global Settlement, examines the impact of the Settlement on research as well as Institutional Investor rankings and the tiered research services offered by bulge bracket firms.

One result of the Settlement was reduced analytic coverage, which according to some studies resulted in dropped coverage on around 900 stocks in aggregate. The JOBS Act provided some relief, particularly for smaller brokerages which were not part of the Settlement.

A summary of the JOBS Act reforms, excerpted from the paper is listed below.

Analysts of non-Global Settlement firms can attend pre-engagement meetings, i.e., pitch meetings, with investment to outline their research program, factors that analysts may consider, and to ask questions to better understand factual matters.

After being hired as an underwriter, non-Global Settlement firm analysts can participate in management presentations to sales teams, discuss industry trends and communicate their views.

However the JOBS Act has had limited impact on the IPO market.

“The JOBS Act doesn’t nullify the Global Settlement, and the bulge bracket firms that were a party to it are still subject to restrictions imposed by SROs. Moreover, a middle-market firm serving as a co-manager that broke ranks by publishing research before the bookrunner would surely run the enormous financial risk of being iced out of participation in future syndicates by that bookrunner.”   In addition, research published immediately after an IPO generates liability risks for the underwriting group and the issuer.

Small cap coverage, which was a problem before the Settlement, remains an issue.

Keating calculates that 1,443 out of 5,044 companies listed on a Senior Exchange, or nearly 29% of all exchange-listed companies, had either zero or no “meaningful” analyst coverage of their stocks.

‘Meaningful’ is a narrow definition since it requires coverage by one of the 85 firms included on either the Institutional Investor or StarMine list of analyst rankings, supplemented with an additional 10 research firms that Keating Investments deems meaningful.

In contrast, the table below, taken from the white paper, includes coverage from over 1,000 research firms that contribute to Capital IQ.

Most of the orphaned stocks are small cap. Nevertheless, Keating does not blame the Settlement for poor coverage:  “However tempting it might be to assign all of the blame for the abundance of orphaned stocks to the Global Settlement and the changing nature of equity research, such a conclusion would be dead wrong.

In fact, there were two other massive market structure changes taking place at the same time that conspired to make the plight of orphaned stocks even more desperate: the rise of electronic trading and decimalization.”

Keating cites a Grant Thornton paper authored by David Weild, Edward Kim and Lisa Newport which says that small tick sizes have ruined the economics of the small cap market:  “Today, in a world in which tick sizes have been decimalized and decimated, banks can ill afford to commit human and capital resources to what used to be the vast majority of IPOs in this country, i.e., those with proceeds less than $50 million.”  Small tick sizes and the shift to electronic-order-book markets have delivered a ‘one-two punch’ to small caps.

The impact on the IPO market has been significant. 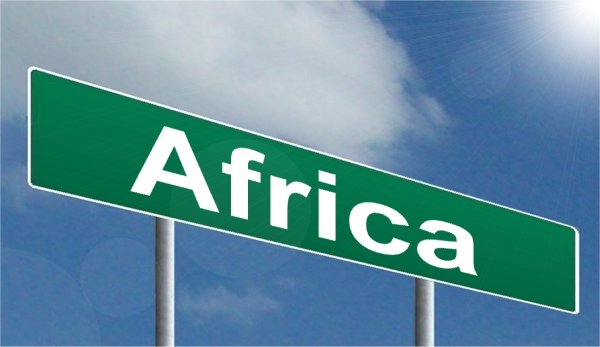 He notes that the weighting of votes is heavily skewed toward institutions with the most assets and those that pay Wall Street the most commissions.

Hedge funds tend to be under-represented in the II rankings. Although hedge funds accounted for 40% of commissions paid to Wall Street, they have only a 31% weight in the voting.

At the same time, hedge funds are unlikely to publicize the research sources they find most valuable, preferring to keep those less widely distributed.

For the analyst wishing to maximize his franchise value, the Institutional Investor rankings are supremely important.

Analysts naturally focus on the accounts with the largest assets, which also tend to invest in large cap stocks rather than small cap stocks. Thus the II rankings tend to reinforce a bias against small cap coverage.

This tendency is reinforced by the economics of bulge bracket research which tends to tier its research services to favor its largest clients.

Keating references a Morgan Stanley statement that they spend approximately two thirds of their time and resources marketing to roughly 200 institutional clients. For Credit Suisse, the number of ‘high touch’ clients in 2009 was roughly 80.

At the same time, more equity research resources are being directed toward corporate access rather than traditional research.

“Institutional investors are diverting equity commission dollars away from Wall Street’s traditional research to secure access to analysts and company management…With tighter budgets and a reduced universe of coverage, brokerage firms have increasingly de-emphasized written research in favor of more client-specific services, such as providing access to analysts and firm management.”  Keating asks the question:  “So if Reg FD is designed to ensure that all parties receive access to the same information at the same time, why is there so much value attached to management access?”

Keating argues for regulation increasing tick sizes for small cap stocks:  “We advocate for a program that would permanently change tick sizes (the minimum trading size for stocks) for smaller stocks and allow all issuers to control the tick sizes of their own stocks.”  He also urges reform to regulations governing the quiet period to eliminate “the obscene information asymmetry that currently favors the largest institutional investors at the expense of individual and small institutional investors and which undermine the integrity of the entire IPO process.” Keating suggests abolishing the quiet period which would allow analysts at underwriters to publish research reports, which would then at least be available to retail clients.

Even if these reforms are implemented other factors will weigh on IPOs, notably the burden of Sarbanes Oxley regulation.

Keating does an excellent job explaining equity research’s structural bias toward large cap research. Do we really need 60 analysts covering Apple? However, the factors he outlines, such as the economics of bulge bracket research and the impact of the Institutional Investor rankings, are not likely to change overnight. The relentless declines in equity commissions are putting equity research on a path toward major structural change, but it is unclear that major consolidation in the equity research industry will ultimately benefit the IPO market.