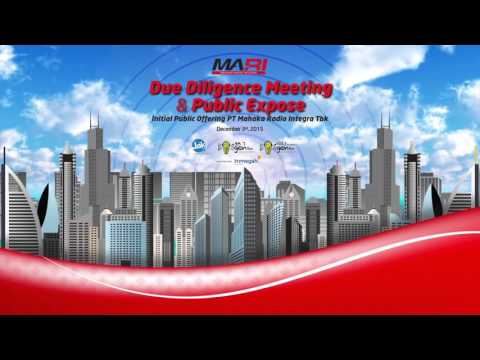 Through this new radio station the company, which already is the market leader in Indonesia's radio industry, targets to attract a bigger audience in the country's middle and under classes. In late 2016 it plans to buy a radio station in Medan (North Sumatra) and in early 2017 a radio station in Makassar (South Sulawesi). 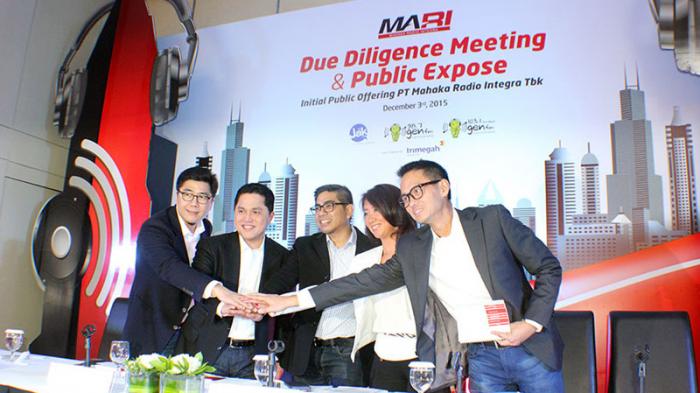 In both Medan and Makassar, the company sees good prospects for advertisement.

As such, Mahaka Radio Integra will have a total of six radio stations in 2017, spread across Jakarta, Surabaya, Medan and Makassar.

According to a recent research conducted by Nielsen (June 2015), Mahaka Radio Integra controls a 22 percent market share with 3.26 million listeners.

The company targets to have raised this figure up to 40 percent by 2017 provided that all three acquisitions will go-ahead.

Mahaka Radio Integra will offer 171.4 million shares, or 30 percent of the company's total equity, in the IPO. The offered shares consist of 114 million new shares and 57.1 million shares from the divestment of Fajar Mentari.

The exact share price has not been set yet but it will range between IDR 750 and IDR 1,100 per share.

Forty percent of proceeds from the IPO will be used to repay debts of its subsidiary to Bank UOB Indonesia. The remaining 60 percent are to be used for capital expenditure.

‹ Back to Today's Headlines