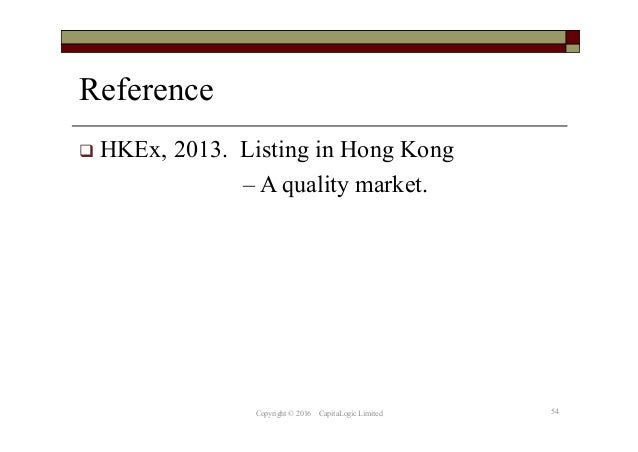 Hong Kong has finalized its listing rules for pre-revenue biotech companies. On April 24, 2018, the Hong Kong Stock Exchange (HKEx) published the consultation conclusions on its proposals to expand the listing regime to enable the listing of companies from emerging and innovative sectors (the “Consultation Conclusions”), finalized the Chapter 18A listing conditions for such companies, and issued a guidance letter on the suitability for listing of biotech companies.

The final Chapter 18A published in the Consultation Conclusions is similar to those published in February 2018 (the “February Consultations”) with respect to proposed amendments to the Main Board Listing Rules (the “Listing Rules”), including the introduction of a new chapter 18A in respect of the listing of pre-revenue biotech companies.

Only minor amendments were made from the February Consultations to reflect comments from the consultation respondents.

You can read our earlier summary of the February Consultations here and an alert from December 2017 outlining other key points.

It is expected that the Hong Kong’s listing regime will enable more companies to list on the HKEx, particularly from the biotechnology industry.

This client alert summarises the eligibility requirements for a biotech listing applicant relying on the final Chapter 18A to list on the HKEx (a “Chapter 18A Applicant”).

It also highlights the key amendments made to the proposal in the February Consultations and sets out the timetable for the implementation of the new rules.

Eligibility under the Final Chapter 18A

Under the final Chapter 18A, a Chapter 18A Applicant must fulfil the following requirements:

A core product is a biotech product that is required by applicable laws, rules, or regulations to be evaluated and approved by a competent authority based on data derived from clinical trials (i.e. 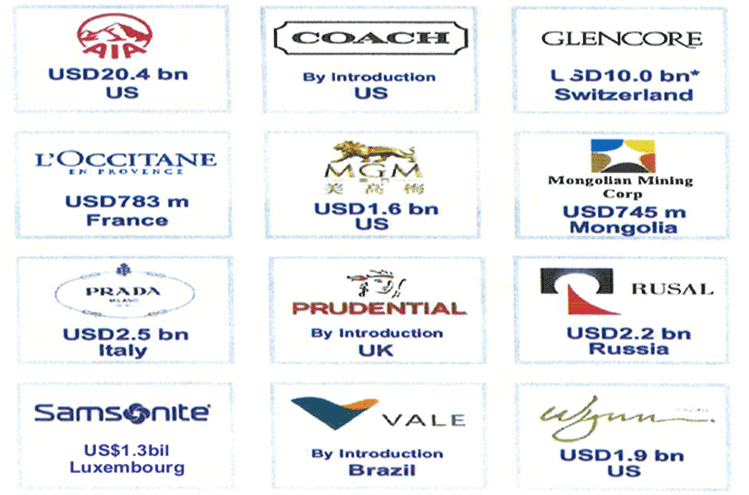 For example, if the core product is a small molecule drug, the Chapter 18A applicant must demonstrate that it has completed Phase I clinical trials and that the relevant competent authority has no objection for it to commence Phase II (or later) clinical trials.

Where the core product is a biosimilar, the Chapter 18A applicant must demonstrate that it has completed at least one clinical trial conducted on human subjects and the relevant competent authority has no objection for it to commence Phase II (or later) clinical trials to demonstrate bio-equivalency;

As the Track Record Period is shorter than three financial years, a Chapter 18A Applicant applying for a listing under Chapter 18A with an accountants’ report covering two financial years must apply for a certificate of exemption from the relevant disclosure requirements under the Third Schedule of the Companies (Winding Up and Miscellaneous Provisions) Ordinance (Cap.

For a spin-off from a parent company, the HKEx may not require compliance with this if the Chapter 18A Applicant is able to otherwise demonstrate that a reasonable degree of market acceptance exists for its R&D and biotech product (for example, in the form of collaboration with other established R&D companies)[1];

A Chapter 18A Applicant must, in addition to satisfying the requirements of the new chapter, also satisfy the requirements of the existing Chapter 8 of the Listing Rules (other than Listing Rules 8.05, 8.05A, 8.05B, and 8.05C: namely the profit test, market capitalisation/revenue/cash flow test, and market capitalisation/revenue test).

It must therefore fulfil the minimum 25% public float requirement under Listing Rule 8.08(1).

In connection with requirement (b) above, the Consultation Conclusions add that in the case of a core product which is in-licensed or acquired from third parties, the Chapter 18A Applicant must further demonstrate R&D progress since the in-licensing/acquisition.[2]

As for the requirement (e) above, the February Consultations originally proposed that a Chapter 18A Applicant should have “durable” patent(s), registered patent(s), patent application(s), and/or intellectual property in relation to its Core Product(s).

However, the HKEx has removed the word “durable” in the Consultation Conclusions to avoid unnecessary uncertainty and confusion because the term “durable” does not have any legal meaning with regard to patents.[3]

In response to the market’s comments requesting for more clarity, the HKEx has provided further guidance and benchmarks regarding the determination of “Sophisticated Investor” and “Meaningful Investment.”

The following would generally be considered as examples of types of Sophisticated Investor:[4]

The HKEx would generally consider the following benchmark investment amount as a Meaningful Investment:[5]

The February Consultations suggested that existing shareholders of the Chapter 18A Applicant might subscribe for shares in the IPO to avoid dilution of their shareholdings under the existing guidance letters.[6] Where an existing shareholder did not meet the conditions under the existing guidance letters, the HKEX proposed to allow such a shareholder to participate in the IPO of the Chapter 18A Applicant as a cornerstone investor.

In the Consultation Conclusions, the HKEX permits existing shareholders to participate in the IPO of a Chapter 18A Applicant provided that the issuer complies with both the existing Listing Rule 8.08(1) (mainly with respect to the minimum 25% public float requirement) and the new Listing Rule 18A.07 in relation to shares held by the public.[7] The purpose is to address the likely significant funding needs of biotech companies and the importance of existing shareholders in meeting such funding needs.

The new Listing Rule 18A.07A provides that a Chapter 18A Applicant must, in addition to meeting the requirements of Listing Rule 8.08(1), ensure that a portion of the total number of its issued shares with a market capitalisation of at least HK$375 million are held by the public at the time of its initial listing. Any shares allocated to a cornerstone investor and any shares subscribed by existing shareholders of the Chapter 18A Applicant at the time of listing shall not be considered as held by the public for the purpose of the new Listing Rule 18A.07.

Therefore, as long as the Chapter 18A Applicant is able to meet this HK$375 million requirement, cornerstone investments and subscriptions by existing shareholders could be included in the determination of the Chapter 18A Applicant’s public float, provided that the existing shareholders or cornerstone investors are not core connected persons[8] or otherwise not recognised by the HKEx to be members of the public in accordance with Rule 8.24.

In the final Chapter 18A, two disclosure requirements for a Chapter 18A Applicant are added, namely disclosure on its measures to retain its key management or technical staff (for example incentivisation arrangements and/or non-compete clauses) and disclosure relating to the planned capacity and production-related technology of biologics.[9] A Chapter 18A Applicant is also required to submit profit forecast memorandum as part of the listing application in line with current practice.

The final Chapter 18A and the relevant guidance letter are scheduled to take effect on April 30, 2018, from which qualifying biotech companies may submit formal applications to list under this new regime.[10] The HKEx expects that the first batch of listing under this new regime will be in around June or July 2018.[11]

[1] Paragraph 3.2(g), Guidance Letter (in Part I of Appendix II of Consultation Conclusions).

[2] Paragraph 3.2(c), Guidance Letter (in Part I of Appendix II of Consultation Conclusions).

[4] Paragraph 3.2(g)(i), Guidance Letter (in Part I of Appendix II of Consultation Conclusions).

[5] Paragraph 3.2(g)(ii), Guidance Letter (in Part I of Appendix II of Consultation Conclusions).

[7] Paragraph 5.2, Guidance Letter (in Part I of Appendix II of Consultation Conclusions).

This memorandum is a summary for general information and discussion only and may be considered an advertisement for certain purposes.

It is not a full analysis of the matters presented, may not be relied upon as legal advice, and does not purport to represent the views of our clients or the Firm. 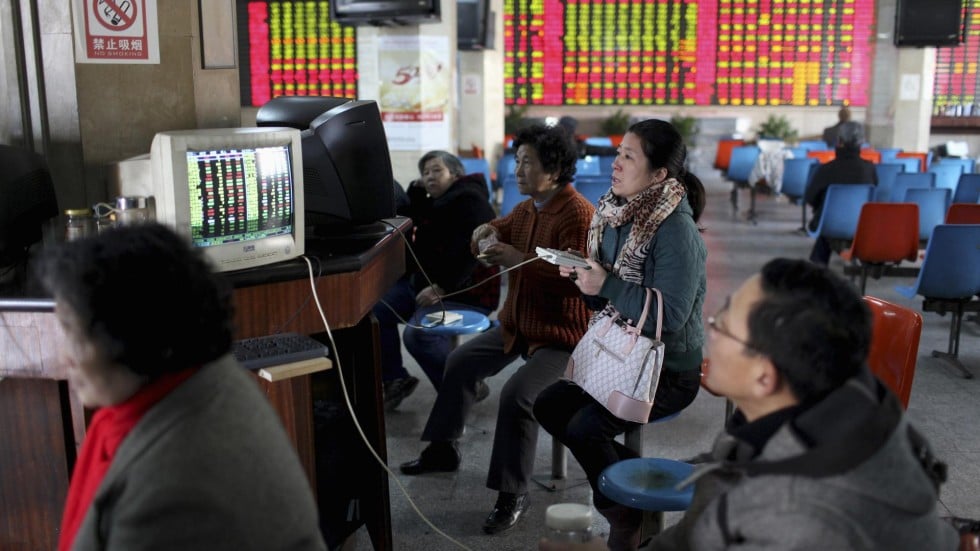 Edwin Kwok, an O'Melveny partner admitted to practice law in Hong Kong and qualified in England & Wales (non-practicing), contributed to the content of this newsletter.

Berney (San Francisco, Shanghai). The views expressed in this newsletter are the views of the authors except as otherwise noted.

Portions of this communication may contain attorney advertising. Prior results do not guarantee a similar outcome.