Stephen Dash likes to go down the road less traveled. As an Australian investment banker turned entrepreneur he saw a market opportunity in the USA and he jumped on it despite never having lived or worked in this country.

He founded Credible in 2012 as an online marketplace for student loans.

You can read a more complete version of this founding story in my podcast with Stephen from about a year ago.

He has built Credible into one of the leading online marketplaces for consumer finance in the USA.

Before this IPO, which raised US$50 million, they had raised $23 million in two funding rounds from the likes of some leading Australian and Hong Kong based investors. Ron Suber, the mayor or godfather of fintech, is Chairman of Credible and joined Stephen on their recent investment road show through South-East Asia.

Now, the Credible story is going full circle. Today, on the Australian Securities Exchange (ASX) Credible is going public, raising US$50 million at a US$240M valuation in what will be the largest tech IPO in Australia this year.

How is Credible rated?

I caught up with Stephen Dash earlier this week to talk about this exciting development for Credible.

The first question I asked him was why? Why go public now and why do it in Australia?

He said for both questions there were many good reasons. He had decided to do another funding round and started exploring the private markets as the logical option.

How is cryptocurrency grown exponentially

The reality is that when raising money privately the investment often comes with a lot of restrictions. And once you are a public company you can raise new capital quite quickly sometimes even within a week. 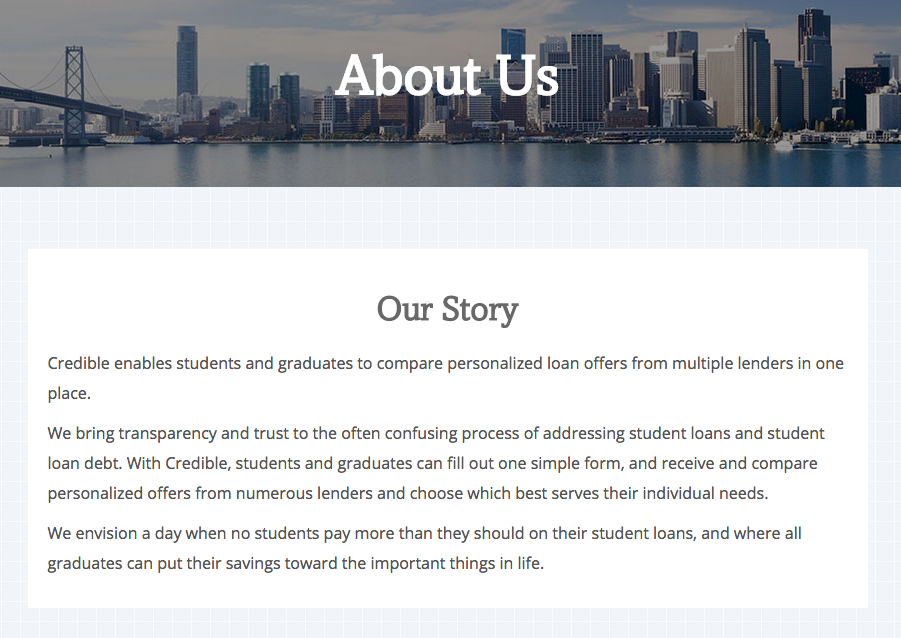 But Stephen thinks the positives outweigh the negatives. He said that Credible is completely committed to being transparent to consumers and going public was the best way for his company to raise capital.

Stephen acknowledged that the traditional path for a company like his was to raise another round or two of private capital and then go public on the NYSE or Nasdaq. So, why do an IPO in Australia? He started off by saying that the ASX is becoming something of a junior stock exchange for tech companies globally.

Successful companies like Xero, Freelancer, Updater and Afterpay have all gone public on the ASX in recent years.

The other thing that Australia has going for it is a deeper understanding among investors of the online marketplace concept.

There are many successful online intermediaries across a variety of industries in Australia and on their road show Stephen saw that the Australian investors really understood what his company was trying to achieve.

Also, to list on the NYSE or Nasdaq you typically need to have a market cap above $1 billion and Credible is not yet that big.

Also, Australian investors simply can’t get access to US fintech companies very easily and Credible provides them with such an opportunity. Finally, Stephen is an Aussie and the majority of his investors are also Australian.

All of this added up to a listing in Australia.

Credible, being a US-based company, will be traded on the ASX in a derivative known as a CDI (CHESS Depositary Interests) similar to the ADR concept of international companies listing in the US.

A Possible US Listing Down the Road

One interesting thing that Stephen mentioned was that just because they are listing in Australia it does not preclude a US listing down the road.

In fact, he said it makes a US listing more achievable given that Credible will have gone through most of the regulatory and compliance legwork already.

So how is Credible going to use this money? Before answering Stephen first pointed out that they still have $10 million left of the $23 million they have raised to date.

But there are three main areas that he wants to focus on:

When I asked about competition from the likes of LendingTree and Credit Karma Stephen acknowledged that those are valid comps for Credible.

But he sees a lot of runway in the marketplace model. He said to look at travel. The online marketplaces such as Expedia, Kayak, Priceline and TripAdvisor are all large and successful companies but all approach travel a little differently.

Consumer finance, taken broadly, is a bigger industry than travel and Stephen thinks that there will be several successful intermediaries here and that we are still in the early stages of the development of the industry.

As a fellow Aussie who also came to the US to start a business I am somewhat biased in my support for Stephen. While most of the companies that have gone public in the online lending space have struggled the exception is LendingTree – the online consumer finance marketplace – it is up around 200% in the last 12 months.

I like Credible’s model and there is something to be said for being the marketplace rather than the retail lending platform.

It has been on an incredible run and has a market cap ($85 billion as of this writing) greater than the largest three US airlines (American, Delta and United) combined. Now, we are a long way from those kinds of numbers in the online consumer lending space but it does point to what is possible.

The road less traveled is often that way for a reason.

It can be more difficult to go against the accepted path but it can also be more rewarding. Stephen has chosen a unique path and I wish him and his company all the best in his new journey as a public company.