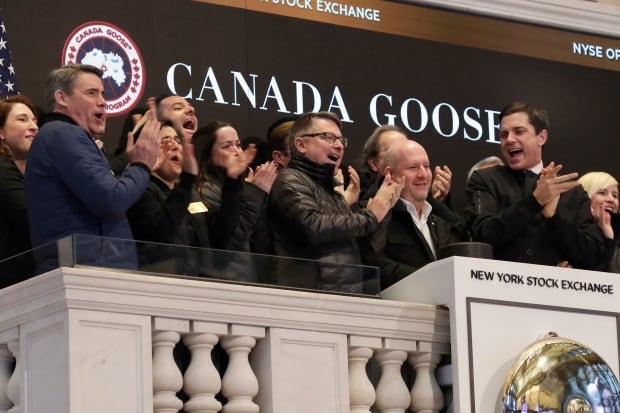 In the long list of “IPOs you shouldn’t touch even if your life depended on it,” we now have Canada Goose, probably one of the most stupid companies to ever hit the market since David’s Tea. I hate to say it, but even Snapchat has more future than this shitty overpriced company.

My adventure with Canada Goose can be summed up like this: Buying during spring is smart since big names will be on sale.”

And that was the end of my experience with Canada Goose.

Ever since then, I’ve never even thought about it.

It’s not that I can’t afford it, it’s just that paying $1,600 for a coat is fucking stupid. Pro-tip: if you can actually get mugged for your coat, it’s not worth it.

I wouldn’t even be that pissed off if it wasn’t for the stupid logo embroidered on the side, as to remind everyone that you are a dumbass who paid almost two grands (with taxes) for something that costs perhaps $100 to make.

I mean, do people really enjoy getting ripped off like that?

Maybe they get a high out of getting abused by a massive company that doesn’t give a shit about them?

Speaking of the ugly logo: what better way to celebrate wasting a month salary than becoming an unpaid advertising platform to the world?

“Look at me, I can afford a Canada Goose jacket! While I may be critical of Canada Goose, I have to admit the company has its perks. Here they are:

I spent literally two hours trying to find some pros to Canada Goose jackets and this is all I could come up with.

It’s like some people enjoy squandering money. Then, Canada Goose has the nerves to advertise its coat as “extremely tough and enduring.” Ah yes, Canada, the place with the most extreme temperature in the world, of course!

But to go back to the IPO itself: I just don’t get it.

Who the hell would invest in Canada Goose? Of all the sectors in the world I could imagine never investing in, textile has to be at the very top.

“Ah, textile in North America, a booming industry!” And even if there was a reason to, Canada Goose is the last company I would invest in. It’s overpriced, it’s a fad, it’s mediocre jackets being sold at insanely high prices and the IPO itself gives the company an insane valuation that isn’t going to last more than a month.

I’m not even going to talk about the stupid share structure (TLDR you have zero control and zero power) and how Canada Goose uses real fur (because reasons), something that was perhaps acceptable in the 1700s, but certainly not today.

It’s a garbage company selling overpriced crap that is without fault going to fail.

Verdict: Canada Goose will be taken out in a couple of years for $6-8 a share. If you’re lucky. There is no reason to invest in that garbage.