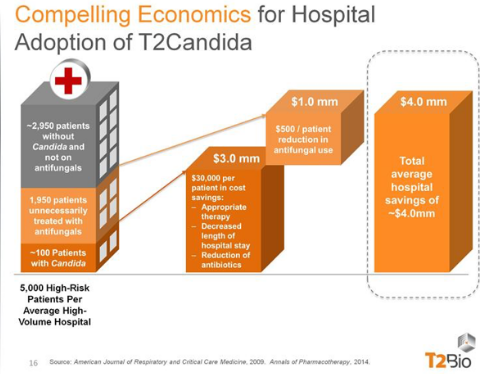 We are initiating coverage of So-Young (新氧). Established in 2013, So-Young is a marketplace to discover, evaluate, and reserve medical aesthetic services in China. 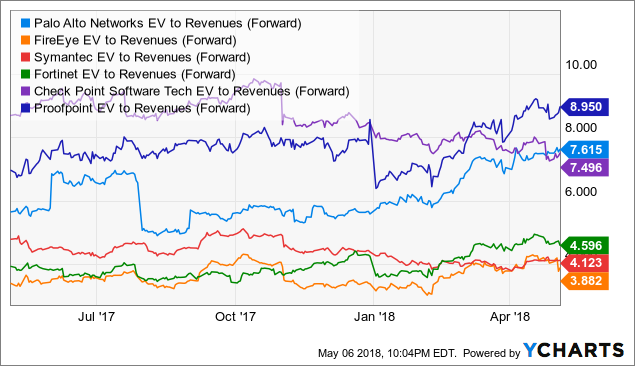 The company submitted its prospectus, planning to list on the Nasdaq under “SY” and to raise up to USD 150 million. Potential valuation is USD2-3 billion. In this report, we discussed 6 key questions investors would like to learn about.

How do So-Young’s financials look and what are the implications?

So-Young recently disclosed its financial results for the first time, and we are impressed by the financial outlook of the company.

Below are some key takeaways.

Revenue growth has been skyrocketing

So-Young’s revenue grew from CNY 49 million to CNY 617 million from FY16 to FY18, representing a CAGR of 255%. In FY18, the company generated 67% of revenues from information services, essentially the advertising fees charged to medical aesthetic service providers, and 33% from reservation services, the treatment booking fees paid by the service providers.

We expect continued triple-digit revenue growth in the following multiple years, supported by the trend that medial aesthetic service providers are moving away from traditional advertising channels to online medical aesthetic marketplace channel, and So-Young is the leader in this space.

Similar to So-Young, these companies are Chinese online marketplaces which target users with specific needs, though the contents vary.

So-Young incurs COGS primarily from servers and bandwidth costs, payment processing fees, content-related costs, and so on. We see the growth of most semi-variable costs immaterial compared to the top-line growth. Given the early stage of the company, gross margin may have the potential to reach ~90% in the long-term.

Revenue growth has been skyrocketing

While revenue increased by CNY ~360 million from FY17 to FY18, R&D and G&A only rose by CNY 180 million and CNY 46 million respectively during the same period. Sales & Marketing was the largest OPEX item and was 50% of total revenues in FY18, but it is likely to gradually come down as So-Young builds bigger brand awareness and drives marketing via word-of-mouth reputation. In the short-term, we see possible margin pressure as the company is likely to invest in sales and operation functions after its IPO, but in the long-term, we see great upsides for margin expansion.

What about the market size and industry trend?

According to Frost & Sullivan, medical aesthetic service providers spent CNY 31 billion (~USD 5 billion) on customer acquisition in 2018, representing 26% of the total revenues in this industry.

Among those channels, traditional TV and newspaper ads currently take the largest market shares, but they are harder to identify potential consumers.

Online marketing remains a more effective tool since users already have the interest/intention to receive medical treatments when they look up results on search engines or check out medical aesthetic apps. According to Frost & Sullivan, online customer acquisition spending from Chinese medical aesthetic service providers totaled CNY 18 billion (~USD 3 billion) in 2018 and is expected to grow at a 5-year CAGR of 22%, reaching CNY 49 billion (~USD 7 billion) by 2023.

With the emergence of online medical aesthetic service apps such as So-Young, Gengmei (更美), and Yuemei (悦美), these platforms quickly gained market shares from traditional channels. 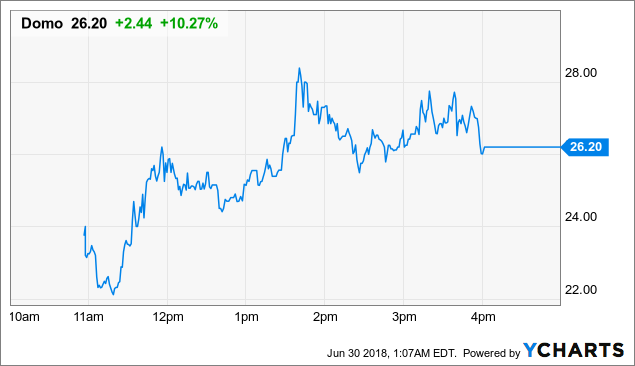 One of the most crucial industry drivers is the increasingly mature technology, which has allowed the surgeries less risky, less painful, and less time-consuming (most surgeries are under 2 hours and injection-based surgeries take less than 30 minutes).

Why can So-Young attract users?

Right now, ~90% of site traffic of medical aesthetic service providers comes from Baidu and ~5% comes from Sougou, according to Ptmind (铂金智慧).

Baidu’s advertising is bidding-based, listing companies who submit higher bids on top of the results.

In 2016, the scandal of the death of WEI Zexi led to significant public concerns on Baidu’s pay-for-placement results which affected the fairness and objectivity of search results. The 21-year-old college student who passed away because of a rare cancer received several treatments at a hospital recommended by Baidu, and he accused Baidu of promoting distorted information. Although Baidu adjusted its ads displaying tactics afterward and lowered the number of ads from 18 to 3 on its first page, the search engine still lacks consumer trust which likely leads to relatively low purchase conversion rates.

In the medical aesthetic industry filled with false information and questionable ads, we believe an increasing number of prospective patients will choose to collect information from So-Young’s platform.

So-Young’s customer value proposition comes from 1) professional and reliable contents: Contents are created by users who went through cosmetic surgeries and is inherently different from commercials, and thus viewed as more credible.

3) stringent monitoring systems: So-Young verifies the qualifications and licenses of all medical service providers on its platform and pays regular visits to those providers. If users who book medical treatment appointments through So-Young end up with undesirable surgery outcomes, So-Young will assist them with complaints, litigation, and refunds, creating additional layers of consumer rights protection.

We believe after the IPO, the company will have more capital to strengthen its content production and screening procedures, thus driving moat.

Where does So-Young stand relative to peers?

The first mover in this space was not So-Young but Yuemei. Today, similar well-known apps are Gengmei, Yuemei, Meierbei (美尔贝), and MDL (美黛拉).

Those five platforms (include So-Young) share similar information about medical aesthetic treatments to consumers and offer similar advertising and data management services for service providers. So-Young features for its most complete services, according to Deloitte.

We believe So-Young is the industry leader based on its high user engagement and booking transactions, which are the two most important metrics service providers look at when measuring their ROI.

Go Public or Go Home: The Pros and Cons of IPOs

According to Frost & Sullivan, in 2018, So-Young app accounted for 84% of total daily user time spent on online medical aesthetic service mobile apps; In a survey of 1,000 respondents conducted in October 2018, So-Young ranked the first in both brand awareness and customer stickiness.

Based on those metrics, we believe So-Young can offer a higher ROI for service providers relative to its peers.

Is the USD 2-3 billion valuation reasonable?

Though the IPO has not priced yet, the previous 7 rounds of founding implied a company valuation of USD 2-3 billion.

Given So-Young’s FY18 revenue of around USD 90 million, this indicated at least a 22x P/S multiple. We believe the high valuation can be justified by 1) triple-digit revenue growth 2) large upsides for margin expansion 3) secular shift towards online aesthetic medical service platforms and So-Young’s market leader position.

What are the downside risks?

The company is intended to become the most trusted platform in which users can easily find high-quality medical aesthetic services.

However, since So-Young earns revenue primarily from the medical service providers, it inevitably has conflicts of interests to facilitate more transactions for them. Based on its contracts with the providers, it appears that if service providers have larger advertising budgets, So-Young will make their ads more noticeable to consumers.

In the event that So-Young does not conduct sufficient due diligence on providers with deeper pockets, or allow comments posted from providers themselves instead of real customers, users will find the app no differs from general search engines such as Baidu.

Even today in which cosmetic surgeries are becoming more and more common, consumers are still cautious about the risks and returns of those surgeries and have almost zero tolerance for accidents.

Negative news and articles regarding failed surgeries and long-term health risks could lead to deterioration in consumer confidence.

Also, users may have different expectations on the outcomes, which is something less controllable by So-Young.

In addition, since the online medical aesthetic service industry in China is at an early stage of development, applicable laws and regulations may be adopted from time to time to address new issues and may require additional licenses and permits other than those we currently have obtained, according to the company.

Competitive landscape is far from being settled

According to one of So-Young’s competitors, Yuemei, 80% of service providers who partner with Yuemei also partner with other 2-3 platforms simultaneously, and the numbers of platforms are increasing.

Penetration of online astigmatic medical platforms remains only less than 1%, and the competitive landscape is far from being fixed. So-Young’s competitors are aggressively richening their user bases, with Yuemei and MDL developing offline channels.

In addition, larger-sized players such as Meituan and Alibaba have also entered the space recently with the products Meituan Healthcare and Ali Healthcare; those larger competitors have more financial capabilities and large numbers of existing users on their E-commerce platforms.

In the event that competitors own more high-quality contents than So-Young, users may switch to other platforms.

Among the So-Young App, Wechat mini-programs and its official site, app is the most popular form and there are four sections on the So-Young app,

“Q&A” section allows users to review and post different types of questions. Surgeons and other medical professionals will provide solutions.

“Explore” section is similar to the “recommend content” section, but offers more comprehensive contents, including medical knowledge and KOL interviews.

The company charges information service fees primarily (i) at a fixed fee per each day’s content display, (ii) based on a contractual rate per unit of output, such as per click, etc. and (iii) at a fixed fee per article posted on the company's social media accounts. These fees vary based on geographical location, target users, and desirability of the online location where the content is displayed. Additionally, the company typically charge a reservation services fee rate of approximately 10% of the amount paid by consumers.

So-Young's class A shares are 100% held by the founder JIN Xing (金星) and class B shares are held by ATCG Holdings, Matrix Partners, Apax Partners, Trustbridge Partners, and Orchid Asia.